What is hip arthroscopy?

Arthroscopy refers to a procedure done within a joint through small incisions, using an arthroscope (camera) to visualize the structures within. Arthroscopic procedures are commonly done on an outpatient basis.

Hip arthroscopic surgeries are performed to mainly address pathology within the joint, however, there are some procedures outside of the joint (i.e. gluteus medius tear, trochanteric bursitis, internal/external snapping hip) that we are able to address arthroscopically as well. We have detailed some of the more common hip arthroscopic procedures performed in a later section.

The set up for the hip arthroscopy differs greatly from other orthopaedic procedures, due to the anatomy of the hip joint. The patients are placed supine (on the back). Being that the hip is such a confined joint, traction must be applied under the guidance of fluoroscopy to allow for the placement of instruments. The amount force needed to distract the hip varies from patient to patient. We try to minimize the amount of traction to under 90 minutes. Minimizing the length of traction time will decrease the amount of neuropraxias that develop post operatively.

Incisions are made on the lateral aspect of the hip. The number of incisions varies from patient to patient depending upon their pathology. Each incision is approx 2cm long and is closed with either two or three sutures. These sutures are not dissolvable.

As Dr. Black enters the joint, she will address labral pathology by either repairing or debriding the labrum. The decision to repair or remove is based on the quality of the tissue upon viewing it with the camera.

There are two options for anesthesia: General or Regional. We prefer the use of a spinal (regional), as it allows for pain control immediately post op, and tends to minimize anesthetic side effects including, but not limited to, nausea, vomiting, pain at the site of insertion, spinal headache, etc. Some patients that have spine pathology, or bleeding disorders may not be candidates for the regional block. In this case, general anesthesia will be used.

A synovectomy is performed using radio frequency probes that are able to, with a controlled amount of heat, rid the capsule of inflamed tissue.

The decision to remove labral tissue is based upon the location, chronicity, and vascularity of the injured fibrocartilage. Attempts are made to preserve as much healthy labral tissue as possible.

After entering the joint, the psoas tendon is visualized by making a small window in the capsule and then releasing the tight tendon by cutting it. After being cut, the tendon separates and eventually fills in with scar tissue, resting in a lengthened position.

Performing a chondroplasty consists of removing loose fragments of cartilage. This is common in the setting of some arthritis.

The cartilage is taken out of the joint by a motorized shaver or a grasper depending upon the size of the fragments. 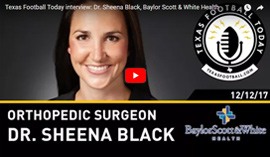